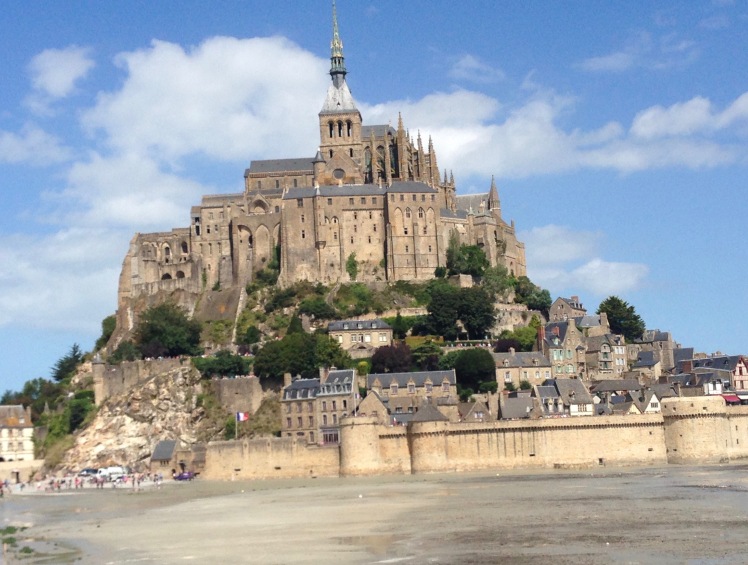 Le Mont-Saint-Michel lies off the coast of Normandy. My friend, Kay toured the abbey the same day she visited the American Cemetery. (See post Earn It for photos of her trip to the cemetery.)

Perched on a rock, this abbey and its surrounding fortifications seem to rise from the sea. It has been many things since its founding. Originally established as a Benedictine abbey, it was dedicated to the archangel, St. Michael. Most of the monastic buildings were erected in the 13th century.

It was completely transformed into a prison between 1793 and 1863. No religious symbols remain, but you can still visit all the rooms of daily religious life. 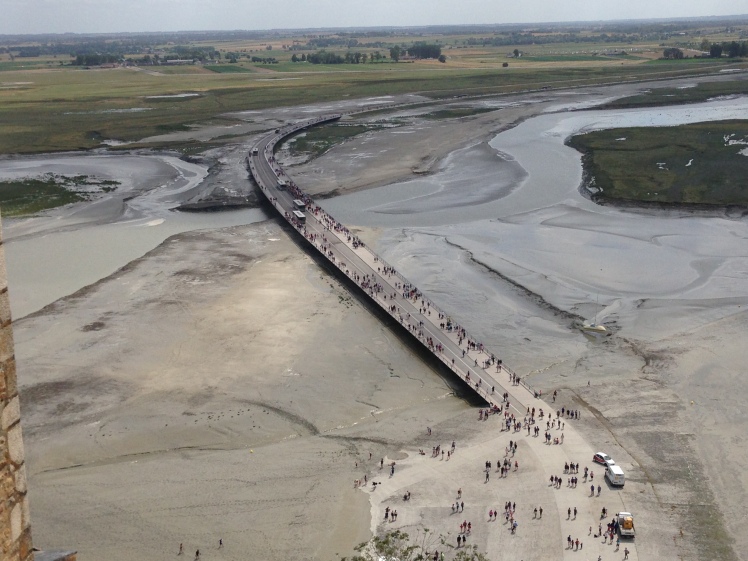 A causeway is the only safe path across the mud flats to the base of the rocky outcropping. Some shops line the pathway that leads to the west terrace of the abbey. When you complete your ascent you can look down upon the village, the surrounding fortifications, and across the bay to shore. 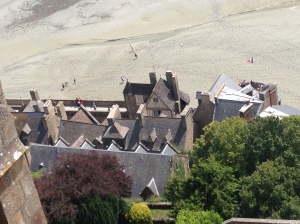 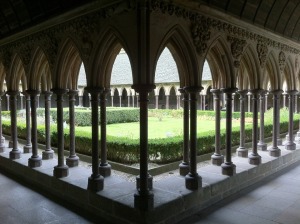 The village at the base and its winding pathway reminded Kay of other European medieval villages.

One of her favorite spots was the garden inside the abbey. She visited it first during the day, then returned for the night tour, which she enjoyed even more.

Travel Tips
The site is open all year round everyday except January 1, May 1, and December 25. 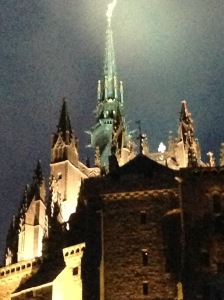 The Abbey at Night
• During July and August the Abbey is open at night
• Wander unaccompanied around the monument
• Except on Sundays
• Final night admission at 11:00 p.m.
• Free car parking from 7:00 p.m. 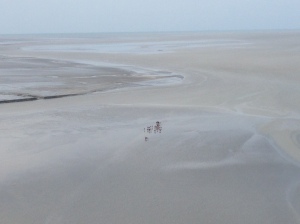