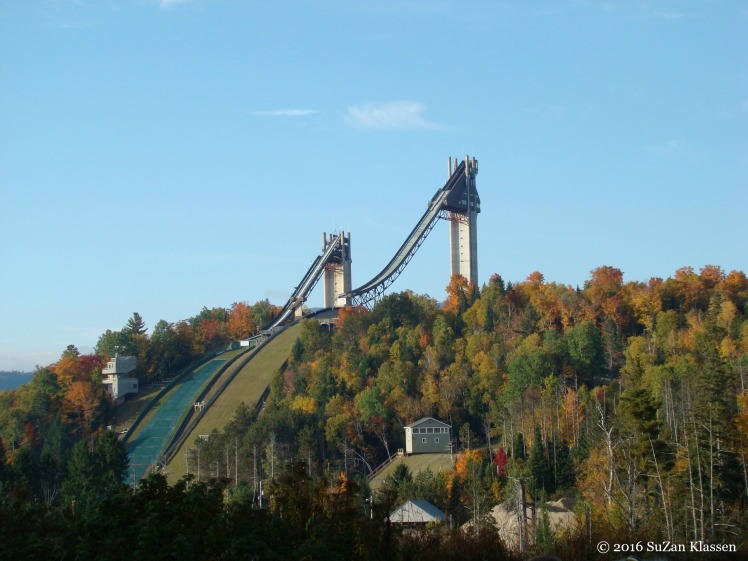 Our fall bus tour continued to Lake Placid. Since our step-on-guide was a native and quite a character, he gave us our most memorable tour thus far. He showed us the sights with a special focus on the area’s biggest claim to fame: the Winter Olympics of 1980.

Notable events of the 1980 Olympics:
• Apparently the winter Olympics don’t earn as much money for the host community/country as the summer Olympics. In 1976, Innsbruck hosted for the second time in a row. Colorado won the bid in 1980, but the citizens voted no. So, Lake Placid was the only bid. (Hmm. Did that make them the winners?)
• The 1980 Olympics was the first Olympics to have and use the ability to time each event to within 100th of a second. A competitor from Sweden (Cross Country Skiing event) won by 100th of a second. He tried to allow his competitor from Finland to be on the medal stand with him and share first place. The Olympic committee wouldn’t hear of it. Later the two men went to a local welder. They had their gold and silver medals split and welded together: ½ gold and ½ silver.
• Of all the notable events of that Olympics, Miracle on Ice tops the list. This of course refers to the amazing defeat of the seemingly invincible professional Russian Hockey Team by the U.S. amateur college hockey players (all Olympic competitors at that time were supposed to be amateurs).
• Fireworks displayed on Mirror Lake (photo below–you’ll have to imagine the snow and ice) every night after the medal ceremony–gorgeous! 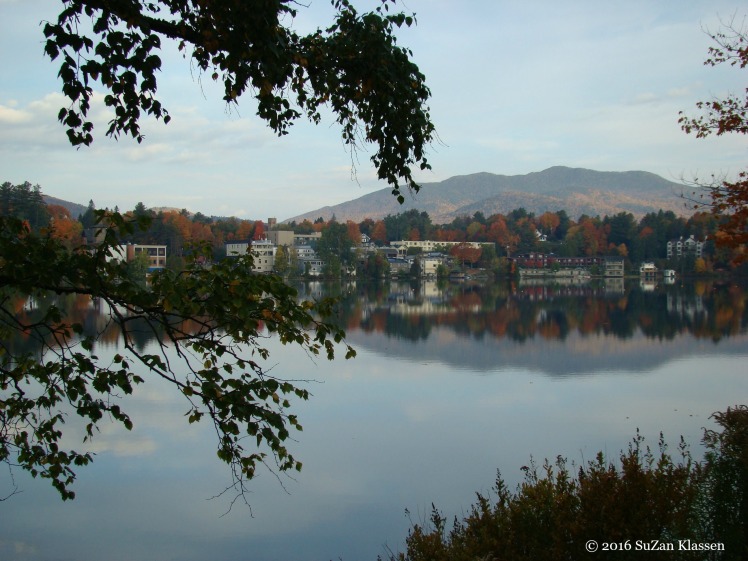 What happened to the Olympic facilities after the 1980 Olympics ended?
• When the federal government turned over the Olympic facilities to the city, the city was required to maintain them. Everything the government built had to be used later.
• Sports keep Lake Placid going as the city earns revenue from athletic events.
• The 50,000-seat outdoor stadium was too much for the city to maintain. They had to tear it down. However, they use the arena/track for equestrian and other sporting events.
• The former athlete’s village is now a maximum federal prison.

Travel Light Humor:
Our tour guide directed our bus driver through a beautiful park. “Stop here,” he said. We pulled beside a rusting hulk of metal. “See that modern sculpture?” he asked. “We’ve got nine more like it. The National Fine Arts Committee placed ten permanent sculptures throughout our community in conjunction with the Olympics. Nobody in Lake Placid is a Democrat anymore since they spent $150,000 on those pitiful sculptures.”

Half the bus laughed. The other half grumbled or kept silent.

Beauty remains in the eye of the beholder, but not necessarily with the holder of the bill.

Travel Tips:
Retain a local tour guide whenever possible on your travels. Or choose a tour company that utilizes local step-on-guides. Our guide gave me far more stories than I have space to share here. Maybe I’ll write more in a later post.

Rent the movie: Miracle to view the excitement and drama behind the victory of the 1980 U.S. Hockey Team before you go on a tour of Lake Placid’s Olympic facilities.

Name your favorite summer or winter Olympics’ event in the comments below.

Perspective: What do you think after viewing the tremendous height from which ski jumpers launch?

We’re used to the timing by 100th of a second these days. If you were the Swedish skier who won the first year after the timing was introduced, what would you have done?