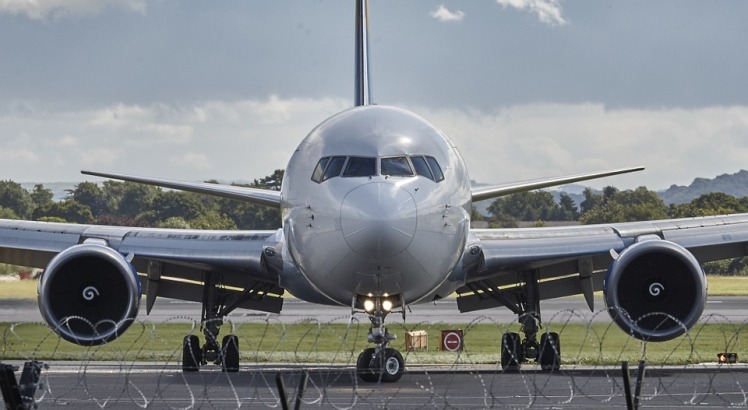 Many things seem terrible to us at the time, but in retrospect we see the humor. Below is Part 3 of my friend, Dave’s trip to Tanzania. The remainder of his story regards his flight home. It offered him the opportunity to utilize his mountain climbing techniques in a rather unusual way. His original story has been adapted to fit this website.

Part 3: Worst Flight of My Life

On my way home, I waited in the Nairobi, Kenya airport for the second of two flights to Paris. I was early and sat among the very young crowd who tried to board the first flight. At least eight families with infants hoped to make it. Before long there was no more room at the inn.

Several of those families were moved to the second flight (my flight) scheduled for 11:59 p.m. I should have started to sweat.

At boarding time I sat in my assigned seat, 12C, one row back from the first class divider. A nice young woman joined me in 12A. Four minutes before departure, it seemed 12B would not be taken. I was so thankful for the extra space, but I rejoiced too soon.

A steward came to me and asked me to move forward one seat so one of the women and children I had seen earlier could sit together. Now, I’m a nice guy, so I reluctantly moved to 11C and buckled in.

What I did not notice was this seating area had ports on the first class divider wall to hang a baby bassinet. All I saw was mother, father, and baby crowded into 11A and 11B. But what I smelled? Worse body odor than I had smelled all week while climbing Mt. Kilimanjaro.

Right then, in walked a large, loud French-speaking woman with a sleeping infant in her arms. A sleeping infant was good, I thought. On the other side of the plane, a 1-year-old cried inconsolably.

This loud French-speaking woman stopped at my row and told the couple next to me, “You are in the wrong seats. Those are my seats.”

A flight attendant arrived to straighten out the mess. Sure enough one of the couple was in the wrong seat, but they were promised a baby bassinet, so they refused to move.

The loud woman was promised a seat with a baby bassinet, too. She would have no other. A raucous argument ensued at race speeds. I was showered with more than words.

Departure time came and went. Airline reinforcements were called in. I thought my seat on the aisle was secure so I escaped the fray to the spacious first class where sympathetic looks abounded.

At 15 minutes past departure time I hoped my connection in Paris wasn’t tight.

Finally, threats from security to remove all the verbal combatants motivated musical seats. The chaos subsided.

I returned to find my aisle seat was not secure. Now I was the buffer in 11B between the smelly father in 11A and the loud lady in 11C.

Our flight departed half an hour late. Added to that, 11C’s smelly baby had awakened on her lap.

The smell was so bad the attendant insisted the loud lady check her baby’s diaper. Didn’t take much to determine a change was needed. The poo was squished out the diaper and up the baby’s back. Loud lady had to take the baby to the changing table in the bathroom.

I was too chicken to steal back my seat.

When loud lady returned her baby had a clean diaper, but now mommy smelled like poo.

Smelly baby turned into crying baby. Loud lady tried French nursery songs while rocking and stroking the baby. She couldn’t do this quietly or without pushing my arm off the armrest. Her baby choked on a drink from her mother’s water bottle and nearly drowned.

I reviewed infant CPR procedures in my mind while I breathed through my mouth instead of my nose.

Eventually a bottle of formula satisfied the baby and she fell asleep. Loud lady insisted the baby bassinet be set-up. Understandable.

Once the baby bassinet was in place there was an unforeseen consequence. The TV screens on the seats were locked in place. Less athletic passengers were trapped.

During the flight, smelly father opted to crawl out and under while I preferred to climb up and over using rock climbing techniques. Timing was everything.

Loud lady had to be asleep, because I had to straddle her while stepping from one armrest to the other. She wasn’t the courteous type to easily get up and out of the way for anyone. Fortunately, she never awoke when the father or I moved. The scream would have awakened all the babies.

I tried to get some sleep, but it was hard because large loud lady was also restless. She knew few boundaries. Her movements always moved me as well. It was a little annoying when she took the baby up, stroked its head and consequently my arm. She babbled a mantra in rapid French as she rocked the baby and me by extension of the connected seat.

Four hours into the flight, the loud lady noticed she didn’t smell very good and proceeded to freshen up in her seat. Perfume can only do so much. She wore scarves and head wraps. Those had to be removed in order to freshen herself. She flipped them around in the face of anyone who sat nearby. That, would be me.

I have never been seriously claustrophobic, but I do get overheated. To escape the body heat and smells of my seatmates I resorted to sitting in the attendant’s jump seat for half hour stints. They never objected. I think they felt sorry for me.

The flight did eventually end.

In Paris, I caught a lovely flight to Toronto with a nice, quiet, salt of the earth seatmate who would have been appalled by what I had been through had I told him. I didn’t mention it though, because I wanted to put it all behind me.

But no. Remember that half hour delay during the squabble? The eight-hour flight never made up the difference.

My luggage didn’t make the Paris connection by—you guessed it, half an hour.

Thank you so much, Dave. We’ve all had some of those experiences. It’s why we identify with your discomfort and your humor.

Perhaps the story of Dave’s flight home has struck a nerve with you. Share tales of your mishap adventures in the comments below.

Until next time…Travel Light,
SuZan